It’s been tough to get a strong enough cell signal to update recently, so here is a continuation from the last post about Uganda (Down Goes the Pipe).

After leaving the Rosser family with my new awesome rock breaking tool that they welded from the leafspring, I spent 11 hours on buses and got to Kakooge in the evening. The next morning, the drilling team excitedly named the new tool “bulldozer.”

It took over an hour to assemble the 90′ of GI pipe and lower it into the borehole to test “bulldozer.” It worked well to break apart the quartz-like rock, but lowering it into the hole, we knocked a lot of the soil from the sidewalls into the  bottoms of the borehole so we had to clean it out with the auger. Unfortunalty, we pulled lots of pieces of rock out of the hole, but the auger bit kept getting caught and couldn’t progress far.

We continued on for three days. Lower bulldozer, break rock, remove bulldozer, drop in the auger drill and remove the rock fragments and soil. I came down with an illness and left to go to the capital for treatment and the men continued drilling. 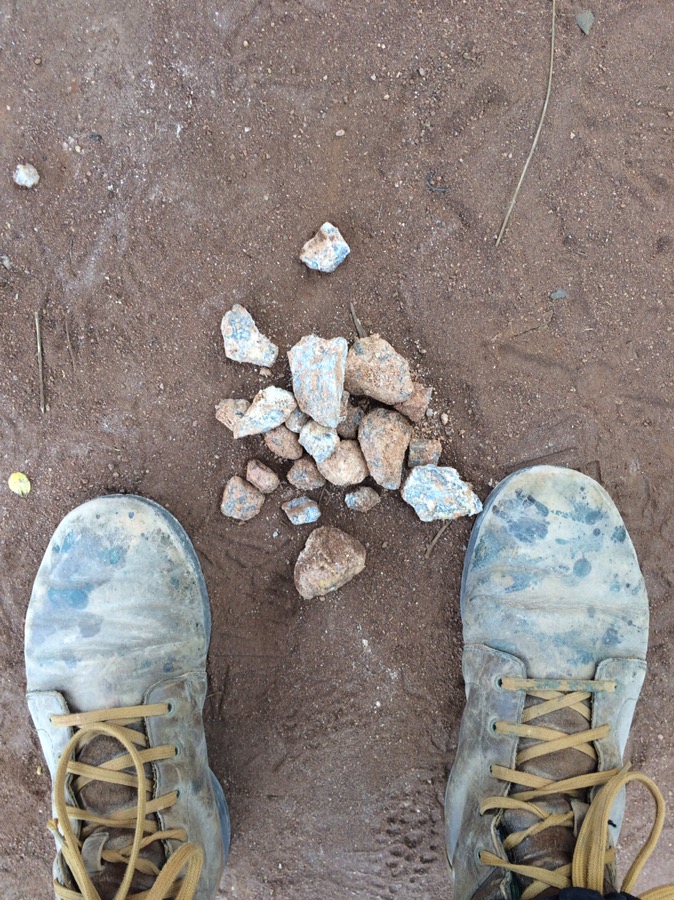 I had to leave them with the training and equipment and go to Kenya to continue my project travels (after I got a few key antibiotics from the clinic in Kampala). 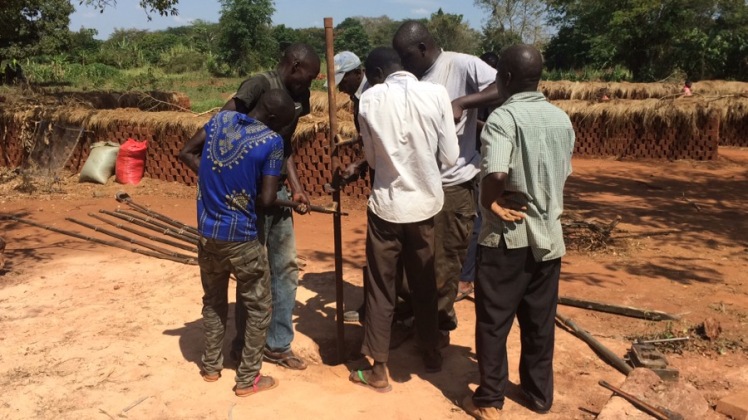 The men drilled on for another week before finally switching to rain catchment construction. It was discouraging. We were around 90′ and although we were at the driest of the dry season (so the water table would be the lowest of the year), we still should have reached water by that point with the data we had and type of water bearing soil we were drilling.  We gave it all we had – 3 weeks of drilling with the most progress achieved in the first few days and the remaining time making just a a foot or no progress at all daily.

Ebenezer school now has a small rain-water catchment system that will provide drinking water for up to thirty days between rainfall for the kids. We have made a commitment that when their new school building is complete next year, we will add more gutters and tanks to increase their water storage system.