After we drilled in Kiriwa and Meru, we went to Setavi. Setavi was 9 miles away and closer to the Fly River. I expected to see different soil and really wanted to work with the men as they faced different conditions as part of the training. The guys packed up all the tools and pipe early in the morning and headed out in groups. They split up the material so each guy was only carrying a few items (ie one piece of pipe or a couple extension rods per person).

Irene and I went with the first group. I was anxious to get started and wanted to keep a fast pace to Setavi. We made it in 3 hours. Once we arrived, we opened up the bags to find that we didn’t have our pins. The pins are a vital part because they attach the bits, extension rods and t-handle. The guys arranged for the fastest bicycle owner to head back to Kiriwa while I looked for things we could use temporarily in place of pins. I had some 5″ nails in the drill kit that I use to put holes in the bailer bucket. I pointed them out and showed how we could use them. I wanted the guys to see that a mistake didn’t have to slow them down too much and to always look for solutions.

We looked at locations around Setavi and selected a spot that was central and away from contamination. We got together to pray and the guys sort of looked around and no one started. I realized we didn’t have some of our normal elder men with us yet as they were still making the trek from Kiriwa. I took this opportunity to talk to the guys about how anyone can pray. I reminded them of the verses we covered in one of our lecture classes about how God formed them and knows them individually (psalm 139:1-18) and how they should feel comfortable praying to a God who knows and loves them for who they are, individually. I asked for someone to volunteer and one of the younger guys prayed for the team. It was really nice to have one of the boys step up and feel able to pray on behalf of everyone there.

After the prayer, the guys cleared the brush by cutting the green brush back with a machete and setting fire to the dry brush.

We hit water really quickly – about three meters below the surface and it flowed in really fast. I had taught the guys to keep drilling as long as the borehole walls remained stable. There was some sand in the layer where we first hit water, but otherwise we had a lot of clay. 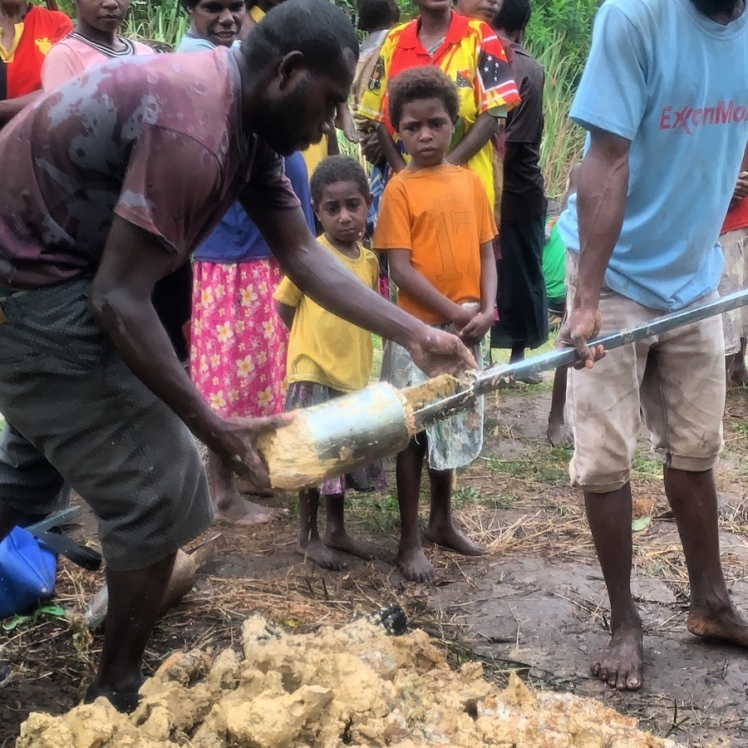 The drilling brought a lot of attention. By this time, a lot of people had heard of the boreholes with water that we drilled in Kiriwa and Meru and were really anxious to have one in Setavi. During the day, we had a lot of people come by just to watch and hang out. 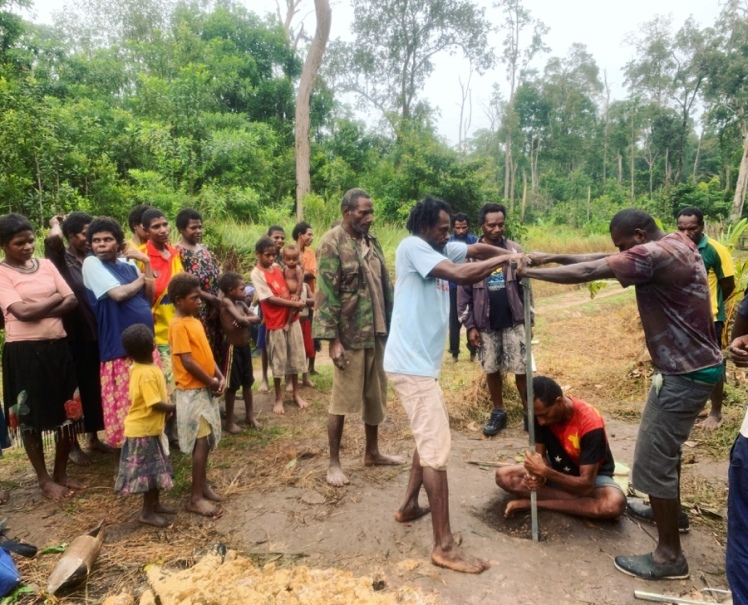 We finished off the first day with a borehole that was about 9 meters deep with 6 meters of water. We stayed overnight in a home nearby. 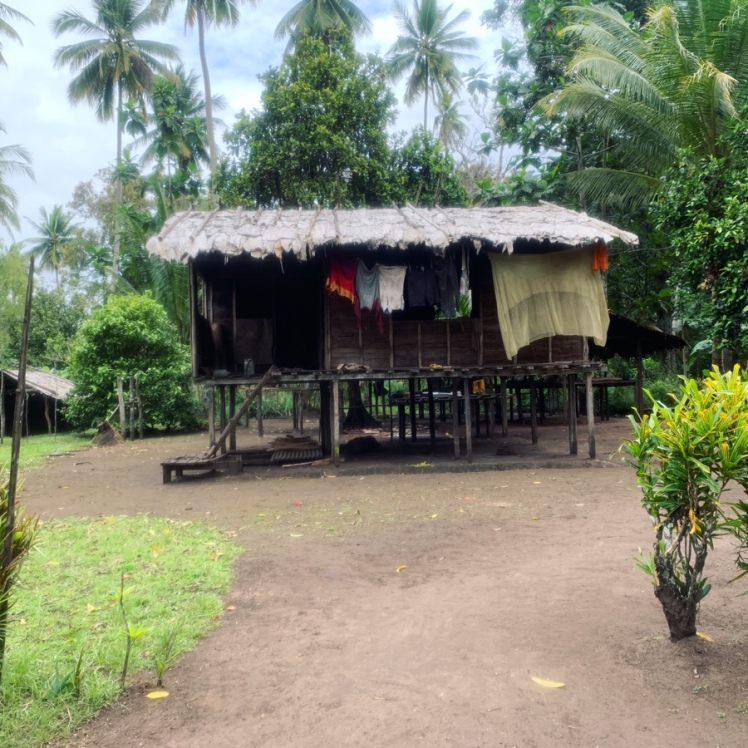 Since the nights are chilly, some people sleep next to a fire. Quite a few of the guys were still sleeping by their fires when I got up and got started. The ladies were up early to roast yams for everyone before they started the work day.

Some of the men had left during the night to fish- they returned mid-morning with their catch to eat for a late breakfast/early lunch. The Arammba do not have the same eating schedule that we do in the US. They basically eat a morning meal and a large evening meal.

As some of the guys drilled, others started to make the bailer bucket. I had taught them to use fire to heat up pieces of metal to punch holes in the PVC pipe for the valve and for the bolt that the string is tied.

They made some mistakes and it was really good because they had to find some extra parts to make repairs and it gave them a chance to figure it out with little guidance. It was fun for me to see the guys break out in little groups as they worked to solve problems. As some of the guys were working out the bailer buckets problems, the drillers ran into a problem. The hole started to collapse around 11 meters. I had taught about how to identify a collapsing hole during class but the guys missed it at first. It was really good that it was happening because it turned into a good teaching moment. It also didn’t collapse too bad and we were able to still case the well with plenty of water – about 6.5 meters of water. All in all, it was a very successful borehole well because of all the mistakes and problem solving that the team did to make it work.

I delayed leaving Setavi to keep bailing water and work on the well, so we had to really rush the 9 miles back to Kiriwa. One of the guys, Stephen, left Setavi after we did but he was on a bicycle. He caught up with us at the halfway point and said “I thought to myself, you must have been running because I did not see you!” and so the news that made it back to Kiriwa before we did was that we were “running” to make it back. Irene, Arawas and I were pretty beat by the time we arrived, but we made it and we cut 19 minutes off our time! The story of how fast we could walk spread around the village with multiple people stopping by to tell their story (they love story telling) of how they usually have to walk slow with foreigners, but that we could go very fast and they were so surprised and thought to themselves that I was different because I worked with other tribes. They also told me I had “hard feet” like they did because I could walk without shoes. It was funny, but also the best compliments I could get – who wouldn’t want to be compared to a local?! It was great! 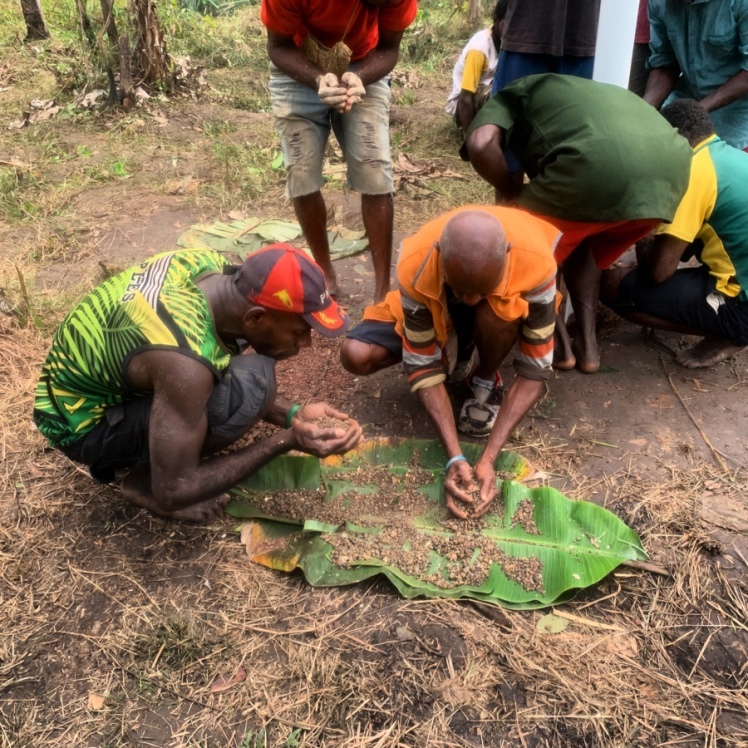 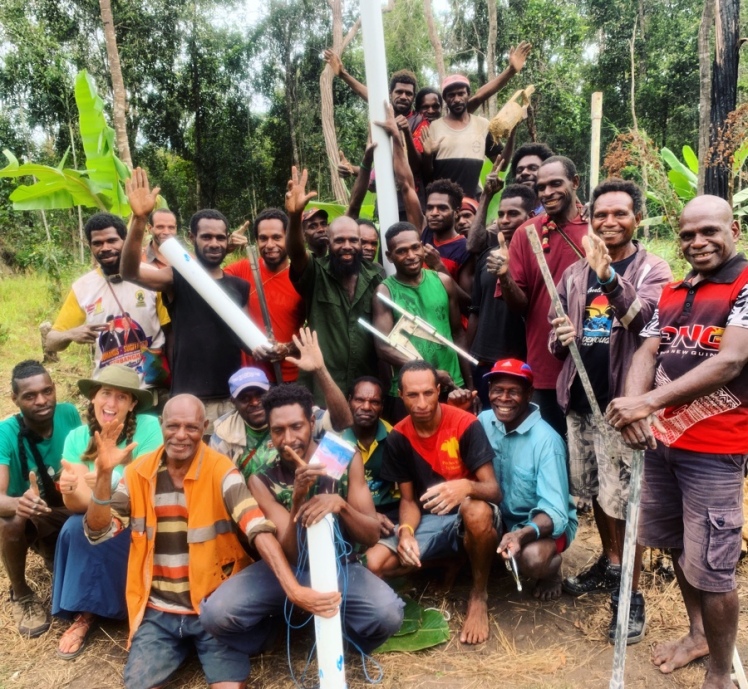 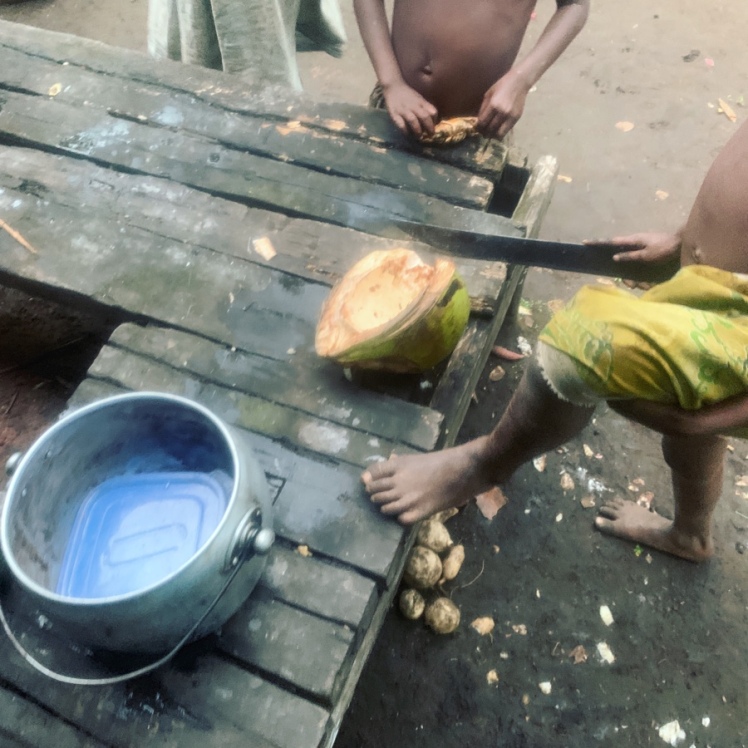 5 thoughts on ““You must have been running””